Last Wednesday night at Woodside the Men’s 1st team secured their seventh straight win in the Premier Division with victory over Chelmsford (20-12) & in the process returned to the top of the London League Premier Division three points clear of second place WL Penguin who travel to Woodisde next week.

Watford produced their most laboured win in recent weeks but a win is a win & at this stage of the season getting the job done is the key over more stylish play.

The game opened with the hosts establishing a 3-0 lead thanks to goals from Danny Davis (twice) & Jack Pickford however Chelmsford were allowed back into the game & a quick fire double had them at 3-2 but with 2.20 to play Watford hit a further five goals for a first quarter lead at 7-3. Davis completed his hat-trick before goals from Paul Skerm, Sam Carling & another from Jack Pickford.

The second period was a very slow & at times sloppy performance as mid way through the quarter a couple of more Watford goals via Nandi Cseh & another Pickford goal had the hosts in front at 9-3 but with the quarter coming to a close two further Chelmsofrd goals reduced the errors at half time at 9-5.

The third period was very free flowing for both sides as a total of eleven goals were scored, Watford edged it 6-5 to increase their lead at 15-10. Doubles from Pickford & Gianluca Valle along with strikes from Cseh & Dan Kattan doing the damage. 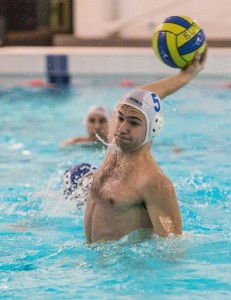 The final period saw Watford take control of the game as with a further five goals the hosts won the match 20-12. Valle scored another double & goals from Pickford, Cseh & Kattan rounded of the game.

Watford will need to improve at home next week against WL Penguin if they have ideas of winning the Premier Division in between the team are off to Sheffield this weekend for the first round of BWPL matches in Sheffield.