Watford fielded three young Juniors in their side, Louis Walocheck & Will Sammons born 1999 & Joey Gardner-White born 2000 born  with Will Sammons making the step up to the Mens 2nd team. 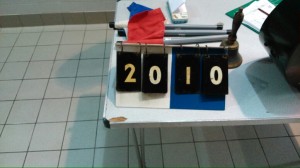 The game opened however with Enfield on the front foot & within 28 seconds play they had the lead with a well executed lob shot from Enfield’s Rob Threadgold and 50 seconds later the London side had doubled their lead via  centreforward Rob Lucas.

Two goals down & Watford sprung into action and on the next attack forced a man-up and from the man advantage Andy Holt halved the deficit, and within 3 mins Watford were in front when two quick counterattacks saw goals via Sam Carling and Danny Davis, Watford’s third goal came via a pitch length pass from goalie Peter Pickford.

But Enfield weren’t going to throw in the towel this early and after drawing a penalty Rob Lucas stepped up to level the scores at 3-3. 2.10 minutes of the first qtr remained.

Watford soon regained the lead & two further goals via Carling & Will Sammons (his first for the Men’s team) had his team in front at 5-3.

Into the second period and Watford continued the scoring spree as three further goals via a double from Hamish Hudson and Holt moved the score onto 8-3. Enfield briefly stemmed the flow with a goal from Andy Rolle but another two Watford goals via Holt & Cami Baker had the score at 10-4 as half time approached Enfield got their fifth from Snowdon but another Carling goal for his hat-trick had the half time score at 11-5.

Into the third & Enfield couldn’t stop the Watford attack and with a further four unanswered goals the score moved on to 15-5. Watford’s goals came via a double from Hudson and goals from Holt & Baker, Enfield ended the qtr with a goal for 15-6.

Into the final period & Watford continued the goal spree with a further four goals via a double from James Warman and efforts from Dan Kattan & Davis, as the game moved into the final two minutes the hosts took their foot of the gas and Enfield hit four goals but Watford still managed to hit their twenty of the night via their young Junior player Joey Gardner-White.

Watford’s next 2nd team game is this Thursday with a trip to face Reading.

Team on the night (Goals scored):