The final round of matches was at QE Boys on Sunday afternoon and the team comfortably beat Croydon 11-0 in the opening fixture.

However the next game against Beckenham didn’t go to plan as the team slipped to a surprising 3-2 lose leaving the title to be decided in their final match of the season against Penguin Latymer, a win for Latymer and they would take the title. 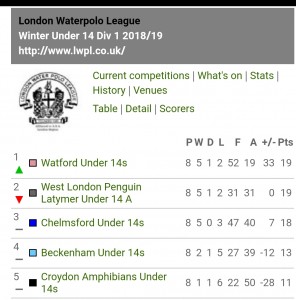 It was 2-2 with 1.42 remaining. Watford scored from a long range shot but didn’t close up the defence allowing a ‘cherry picker’ from Penguin to equalise with 18sec on the clock, Watford then defended manfully to achieve the draw and the title. 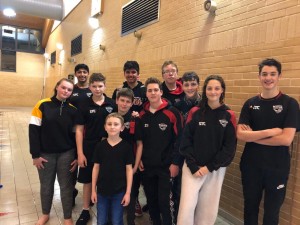