This Sunday we have three Junior teams and 29 players in action as our U14’s A & B sides finish their Winter League Div One Campaign at QE Boys School & our 18’s are at Latymer School in Div One action.

Over at QE on Sunday afternoon our two U14’s sides finish their Div One campaign. For our A team they have four remaining matches. The team are currently third in the table having lost to league leaders Worthing & second placed Beckenham but did manage to beat Chelmsford in the opening round of matches.

For our B team having missed the opening round of fixtures due to their involvement in the Galway tournament back in late January they also have four games but each match result will count as a double result so the team do have a big incentive to win each game however this will be a tough challenge against much stronger opponents. 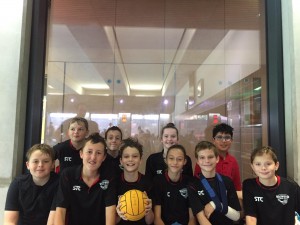 For our U18’s team having progressed to Division One of the U19’s Championship via the North Division they are now joined by two South Division sides Beckenham & West London Latymer.

Each team will play the over twice over two weekends in March to determine the U18’s Division One Champions for the 2019/20 Winter League season.

The teams for each side is as follows: