Our U13’s made the trip to Latymer Upper School in Hammrsmith on the banks of the river Thames last Sunday for the start of this season’s London League Div One campaign.

Drawn in Div One along side teams from Beckenham, Chelmsford and two West London Penguins sides Latymer & Hillingdon, each team will play the other twice over three tournaments to find the 2019 London League Champions.

With a number of players moving up in age group this summer from the recent successful U12’s Winter League campaign when they won the Championship, Head Coach Edi Brkovic was hopefully for a good campaign.

Sunday’s opening match was against WL Penguins Hillingdon and in the opening few minutes the team stormed into a 3-0 lead with goals from Bertie Dix, Owen Dorrington & Dusan Crompton.

Hillingdon pulled a goal back before further goals from Dorrington & Crompton had the team 5-1 up. A late goal from Hillingdon moved the score to 5-2 at half time.

The second half saw three more goals from the Watford attack for an 8-2 lead before a late double from Hillingdon in between another Watford goal finished the game 9-4.

The second game of the day was against Beckenham and again the team took an early 2-0 lead but Beckenham halved the deficit before another two goals had Watford 4-1 up. With one minute to go until half time both sides scored two apiece for a half time lead to Watford at 6-3.

The final game of the day was against WL Latymer and they started well taking a 1-0 lead before a goal from Crompton levelled the game at 1-1. Latymer’s strong start continued as they then took a 3-1 lead but Watford fought back to first level at 3-3 and then take a 3-4 lead at half time.

A goal from Crompton at the start of the second half had Watford 3-5 up, Latymer scored again moments later for 4-5 but Watford weren’t going to throw this game away as goals from Zamani and Crompton secured the teams third win of the afternoon. 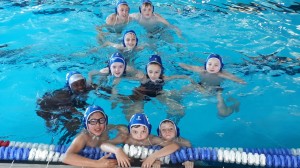 The next round of matches will be  on Sunday 2nd June at Hillingdon Leisure Centre.