Congratulations to our Men’s 1st team Goalie Peter Pickford on his selection to the GB World University Games squad for the 30th Summer Games to be held in Naples between the 3rd – 14th July. 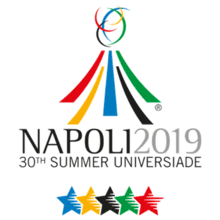 The Summer Universiade is an international university sports and cultural event that is staged every two years in a different city. These games draw many thousands of student-athletes together to compete, making it one of the largest  multi-sport events in the world.

Embracing the FISU motto of ‘Today’s Stars, Tomorrow’s Leaders,’ the Summer Universiade incorporates educational and cultural aspects, encouraging student-athletes from around the world to combine high sports performance with their intellectual pursuits.

Peter has made the squad of 13 to represent GB at this year’s 30th Summer University games that will be held in Naples Italy between the 3rd – 14th July. 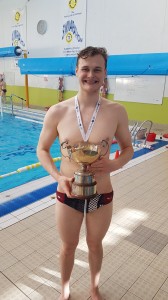 This is the second time Peter has represented GB at the University games having made the squad for the 2017 games held in Taipei.

A squad of 13 players from eight different University will come together in July to represent GB at this year’s games, the full squad is:

With 10 countries entered into this year’s Water Polo competition it will be a tough task for GB to make it out of their group as some of the World’s best Water Polo countries are represented at the tournament.

GB are in Pool A alongside University teams from Russia, USA, France and Korea.

If GB do qualify for the latter rounds they will face competition from Pool B including host Nation Italy alongside Croatia, Hungary, Japan & Australia.