The draw for the qualification round of the ASA National Age Group Championships for both Boys & Girls U17’s & U19’s was release today by Swim England…..

With Watford having progressed into the qualification round on all four fronts it will be a busy time for Head Coach Edi Brkovic and his players over the next few weeks as he hopes to guide all four teams to the finals stage to be held at the Liverpool Aquatic Centre over the weekend of the 13th & 14th April. 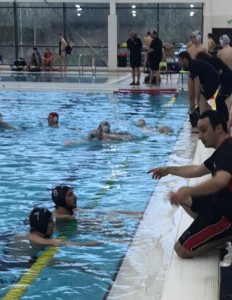 First up with be Boys U17’s qualification round on the weekend of the 16th & 17th March held at Northampton Boys School as the team are drawn in Group B alongside Bridgefield, City of Sheffield & West London Penguins.

The team will need to finish as one of the top two sides to progress to the finals round and will be joined by two teams from Group A consisting of teams from City of Manchester, Beckenham, City of Bristol and Nova Centurion.

A week later (23rd & 24th) and it’s the turn of the U19’s Watford Boys team as they have a home venue at Habs Boys School. The team drawn in Group B alongside Northampton, City of Sheffield and Bridgefield and again the team will need to finish as one of the top two sides in their group to make the finals weekend, should they make it, they will face two teams from Group A that consists of teams from City of Manchester, Caledonia, City of Leeds and Newton Abbot.

The Watford Girls teams start their quest to make the NAG’s Finals weekend over the weekend of the 23rd & 24th as the Girls U17’s head to Grantham Meres Leisure Centre, drawn in Group A, alongside City of Liverpool, Cheltenham and Newton Abbot the team will need to finish as one of the top two sides to make the finals. Should they achieve that aim they will face two sides from Grp B consisting of teams from Worthing, City of Sheffield, Otter, Kirkintilloch. 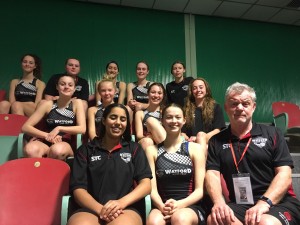 The final weekend of March (30th & 31st) the Watford U19’s Girls team will have a home venue at Habs Boys School, drawn in Group A alongside Welsh Wanderers, City of Liverpool, Northampton, Cheltenham and City of Manchester. The team will need to finish as one of the Top two sides in the six-team group to progress to the Finals weekend,

However should they fail to achieve that aim they will then drop down into the plate competition which will also be held at the Liverpool Aquatic centre over the same weekend of the 13th & 14th April, whichever route they take they will face competition from the six other teams in the U19’s Championships which comprises of teams from Rotherham, Tyldesley, Otter, Otter Futura, Newton Abbot, Caledonia,

You can download the full ASA NAG’s Draw info Here