Its another busy weekend of Polo for the club as four teams, 48 players at three different venues do battle over the weekend as our Men’s 1st team in BWPL action, our U14’s A team & Ladies are in Winter League action & our U13’s are in Ireland for the Annual Galway tournament….

The weekend kicks off with Phase two of the British Water Polo League on Saturday Lunchtime at Habs Boys School and with two London Derbies over the weekend our Men’s 1st team look to gain promotion into Division One of the BWPL for the start of the 20/21 season in September.

Having finished Phase One of the season in the top five places of Division Two the team are now in Championship One and will be joined by three teams from Division One, Cheltenham, London Poly & Sutton & Cheam along with the four other teams from Div Two, two Scottish sides Caledonia, Portobello, Exeter & Welsh Wanderers.

The weekend starts against London Polytechnic on Saturday (kick-off 12.30pm) and then Sutton & Cheam on Sunday afternoon at 13.45pm.

Having played both London sides on a regular basis in the London League Premier Division each side will be no stranger to the other and like all things it will come down to the team that makes the least mistakes that will take the win.

Following the opening weekend, the team will have five further games to push for promotion with three games at Habs again on the 22nd & 23rd Feb and two final games at Grantham on the 14th & 15th March. 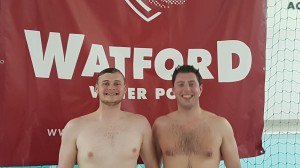 The Annual Galway tournament in Ireland is also this weekend and this will be our third trip that a Watford U13’s side has been invited across to the Emerald Isle.

Having won the tournament in 2018 and then finished third in 2019 hopefully our young team can return to the top of the podium in 2020.

With 12 other teams from across Ireland entered and split into four groups, Watford are drawn in Grp 3 alongside Drogheda & Athlone and will need to win at least once to made the quarter-finals, should they get that far they will play the winners or Runners Up of Grp Two containing the hosts Corrib A side, Diamonds & Sandycove. 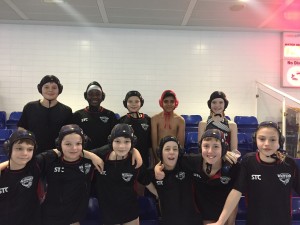 Some of the Watford U13′s that will represent their club in Ireland this weekend..

The semi-finals & Finals will be held on the Sunday at the Leisureland pool in Galway.

The travelling party for the weekend to Ireland is:

The weekend finishes on Sunday afternoon with our U14’s A team in Winter league action at QE Boys School, having come through the first phase along with our U14’s B side to qualify for Div One and both sides now have a chance of being crowned the WL U14’s Div One Champions.

The format for Div One will see three other sides from clubs Beckenham, Chelmsford and Worthing join both Watford “A” & “B” teams as they battle it out for the title.

Each team will play the other twice over two tournaments with the second round of matches to be held on the 1st March again at QE Boys.

However with many of our U14’s “B” team players in Ireland for the weekend their fixtures have been moved to the final weekend of the 1st March when they will play six games.

The two Watford “A” v Watford “B” games will be played before the next round of matches at either Woodside or Habs, more details once fixture date confirmed.

For our “A” Side they have four games on Sunday & will play Beckenham twice along with games against Worthing & Chelmsford.

Finally our Ladies are in Winter League Div Two action at Habs for their second round of Winter League Div Two matches. Following the first round in early January when the team narrowly lost to WL Penguins 1-2 but beat Enfield 14-3 the team will again play Penguin before facing Basingstoke, hopefully the team can get revenue on Penguins for that narrow lose and overcome Basingstoke. Two wins will see the Ladies top Div Two with our final round of matches to be played on the 23rd Feb. 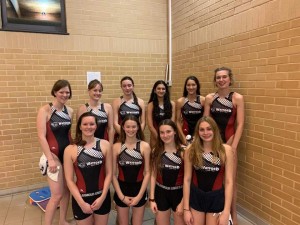 Good Luck to all players, Parents & Supporters over this busy weekend….