Our 1st team are at Woodside Leisure Centre our home pool and will play Exeter on Saturday afternoon and then Sutton & Cheam on Sunday afternoon in Division Two. Having lost the opening two matches at Ponds Forge Sheffield back in October it is critically the team pick-up some points this weekend if they are to make the top five in the Division and progress into Championship One for the second half of the season.

Games against Exeter & Sutton are always close and last year we beat Exeter twice 8-7 & 10-8 and against Sutton & Cheam we won one 9-8 but lost the other game 4-6. So these games can swing either way and it could come down to the team that holds its nerve in the latter stages of the match. 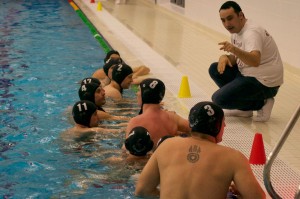 Our Head Coach Edi Brkovic had this to say following our final training session “Its was tough to lose our opening two games in Sheffield but at this level games are won and lost on fine margins, hopefully we will get the rub of the green this weekend and with our young squad we will give it a really good go to achieve that”.

Our Saxons who travel to Walsall to play their final two matches of Division Five for the first half of the season, will face Invicta Marlins on Saturday & Leeds on Sunday morning. 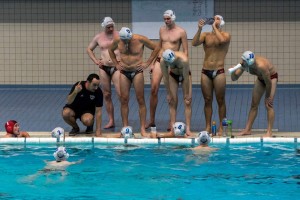 Team have already qualified for Championship Four for the second half having won three of their four matches so far, having beaten Chelmsford (9-8), Bedford (19-2) & British Army (12-7) but lost to Sheffield Dolphins (4-10) last time out, so this weekend will be about getting back to winning ways & aiming to finish the first half of the season with Five wins.

Saxon’s Captain Steve Brassington had this to say ahead of the weekend “This weekend sees Saxons look to both reinstate their match-winning confidence but also ensure that the Team moves into Champ 4 as one of the top teams, rather than simply mid-table qualifiers. Both are achievable based on previous performances!” 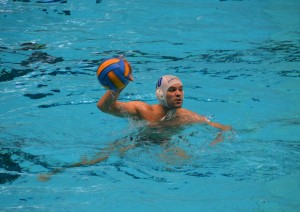 Assistant coach Steve Chambers also commented “We have a good blend of youth & experience this weekend in Walsall & our two games will be about integrating the younger members into the team and working on our tactics, we want to win these two games & set up a winning habit for Phase two”.